The goal of the Human Life Protection Act, or Trigger Ban (SB 9/HB 1280) by Sen. Angela Paxton and Rep. Giovanni Capriglione, is to enact a complete ban on abortion that will go into effect when and to the extent that Supreme Court reverses its precedent preventing states from banning abortion - Roe v. Wade and Planned Parenthood v. Casey. Ten states have passed trigger bans. 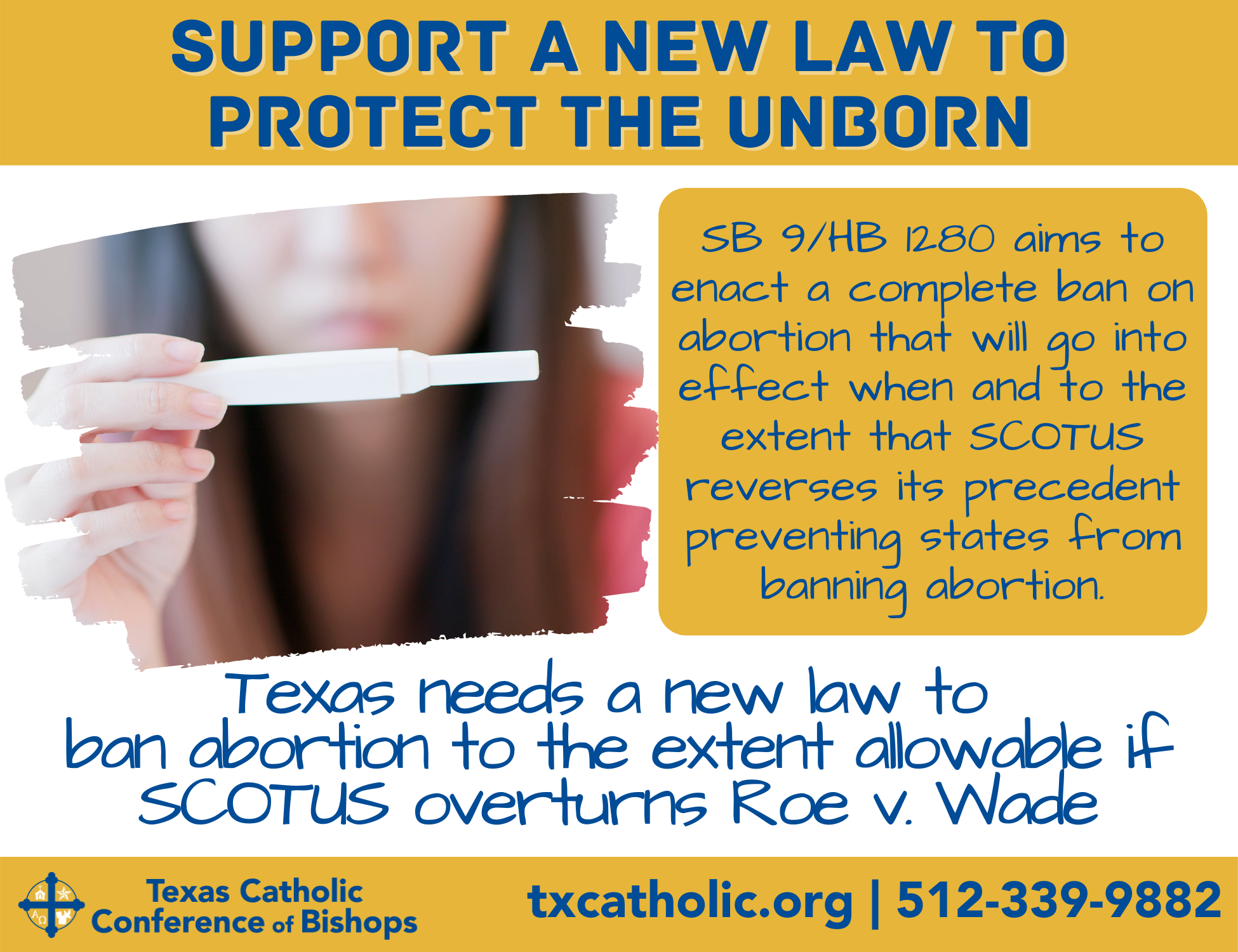 The legislature has never explicitly repealed the pre-Roe statutes. While not printed, they still exist in Vernon’s Civil Statutes. (See Chap. 6-1/2, Art. 4512.1-5, 6.)

In 1973, the Supreme Court struck down as unconstitutional Texas’ prohibition on abortion first passed in 1854. That statute (as somewhat modified through the years) had been used

to prosecute illegal abortion providers numerous times. The most recent conviction was upheld by the Court of Criminal Appeals in Thompson v. State, 493 S.W.2d 913 (1971). Women on whom abortions were performed were never prosecuted.

However, a non-binding 5th Circuit Court of Appeals opinion suggests the legislature has subsequently repealed the pre-Roe statutes by implication by passing laws that govern abortions on minors, regulate abortion facilities, and ban state funding for abortions in Medicaid. (See McCorvey v. Hill, 2004.)

Texas needs a new law protecting unborn babies from abortion, beginning at fertilization. Current Supreme Court precedent, as defined in Roe v. Wade (1973) and Planned Parenthood v. Casey (1992), prohibit states from banning or limiting abortion by imposing an “undue burden” on a woman. In Casey, the Court wrote, “A State may not prohibit any woman from making the ultimate decision to terminate her pregnancy before viability.” Also, in Casey, the Court defined viability as “the time at which there is a realistic possibility of maintaining and nourishing a life outside the womb.”

If the Supreme Court changes its precedent and allows states to protect unborn children before viability, Texas needs a law to ban abortion to the extent allowable under the new precedent. Unfortunately, the State cannot rely on the pre-Roe statutes; a state court might find that those laws have indeed been repealed by implication.

Under SB 391/HB 1280, a person commits a criminal and civil offense by performing or attempting to perform an abortion (except to save the life of the mother). The attorney general may recover a civil penalty. A woman, the father of the unborn child, or the parent may also sue in a civil action.

Women on whom an abortion is performed or attempted may not be prosecuted. The law would go into effect 30 days after the Supreme Court issues a judgment overruling, wholly or partly, Roe v. Wade or Planned Parenthood v. Casey, thereby allowing states to prohibit abortion.