Stewardship of the environment

In 2015, Pope Francis wrote Laudato Si’, (Praise Be To You), in which he addressed a significant crisis of our time. He described the fundamental cause of the crisis: “the most extraordinary scientific advances, the most amazing technical abilities, the most astonishing economic growth, will definitively turn against man unless they are accompanied by authentic social and moral progress.” (Laudato Si’, no. 4)

Modern science has increased humanity’s power in ways unimaginable to previous generations, but we also see that science is incapable of telling people how to use that power. Science can be used for good or evil, but science itself declines to make judgments as to what goodness or wickedness is. As Pope Francis reminds us, “we have forgotten that man is not only a freedom which he creates for himself. Man does not create himself. He is spirit and will, but also nature (Laudato Si’, no. 6).” The misuse of creation — including ourselves and our neighbors — begins when we forget to seek a guide beyond our own desire. As Pope Francis details in Laudato Si’, the lack of such guidance is the root of humanity’s misuse of nature, and the ensuing environmental degradation.

The Gospel of Creation

The Bible teaches that every man and woman is created out of love and made in God’s image and likeness (Gen 1:26). This illustrates the immense dignity of human beings, who are capable of self-knowledge and self-possession, and who may also freely enter into communion with others. St. John Paul II stated that the special love of the Creator for each human being “confers upon him or her an infinite dignity.” Those who are committed to defending human dignity will find in the Christian faith deep reasons for this commitment.

Moreover, humanity’s unique role within nature is illustrated by fact that the earth has been given to us to cultivate, care for, protect, and preserve. (Gen 1:28, 2:15) Nature was here before us and belongs to the Lord. (Ps 24:1, Dt 10:14) Our responsibility for God’s earth means that we must respect natural law and the delicate equilibria existing between the creatures of this world. In this way, we may come to see that nature has intrinsic value and that each creature possesses its own particular goodness which reflects the Creator’s unbounded goodness. 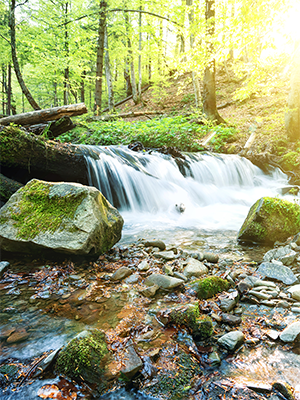