For the innocents who suffer under the sinful abuse of slavery and for conversion of the utterly lost souls who hold them captive and exploit them, we pray to the Lord.

Review these Ten Ways to End Human Trafficking: https://www.acf.hhs.gov/otip/about/ways-endtrafficking. How can you help end human trafficking? 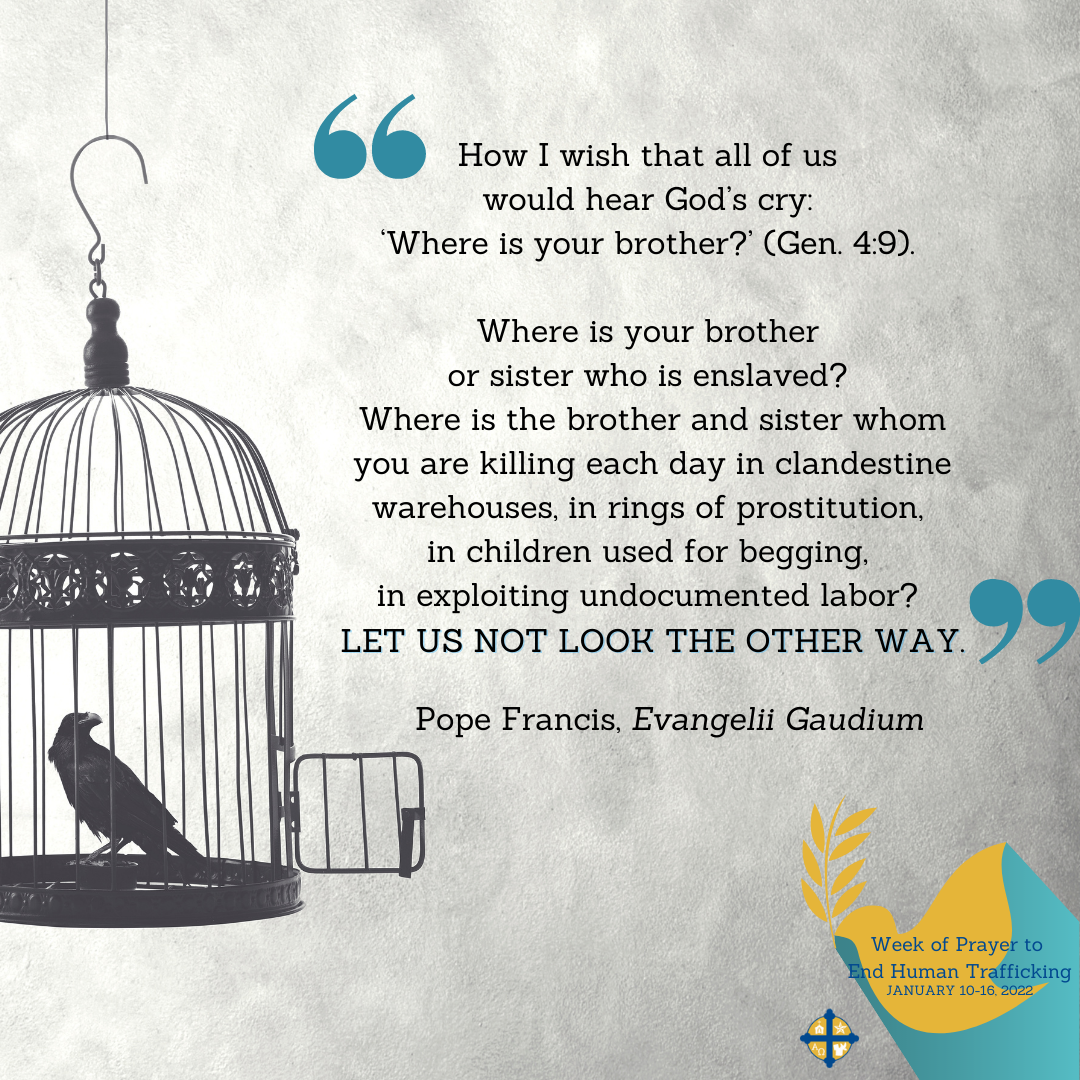 Facebook/Instagram/Twitter: Pope Francis says, “Human trafficking is an open wound on the body of contemporary society, a scourge upon the body of Christ.” Please join us in praying to #EndHumanTrafficking. #TexasPraystoEndHT

Facebook/Instagram/Twitter: Human trafficking happens in every community. Learn about 10 ways you can help #EndHumanTrafficking: https://www.acf.hhs.gov/otip/about/ways-endtrafficking. #TexasPraystoEndHT

← Jan. 10 Pray for an end to human traffickingJan. 12 Pray for all those working on the front line to support survivors →