The Texas Conference of Catholic Bishops has led the effort of reform at the municipal, state, and federal level. We've been joined by both local and state organizations, including Texas Appleseed, AARP-Texas, the United Way, Goodwill, Catholic Charities, and the NAACP. And the research from our work and that of others keeps mounting: these short-term loans are not good for our neighbors or our communities as a whole. 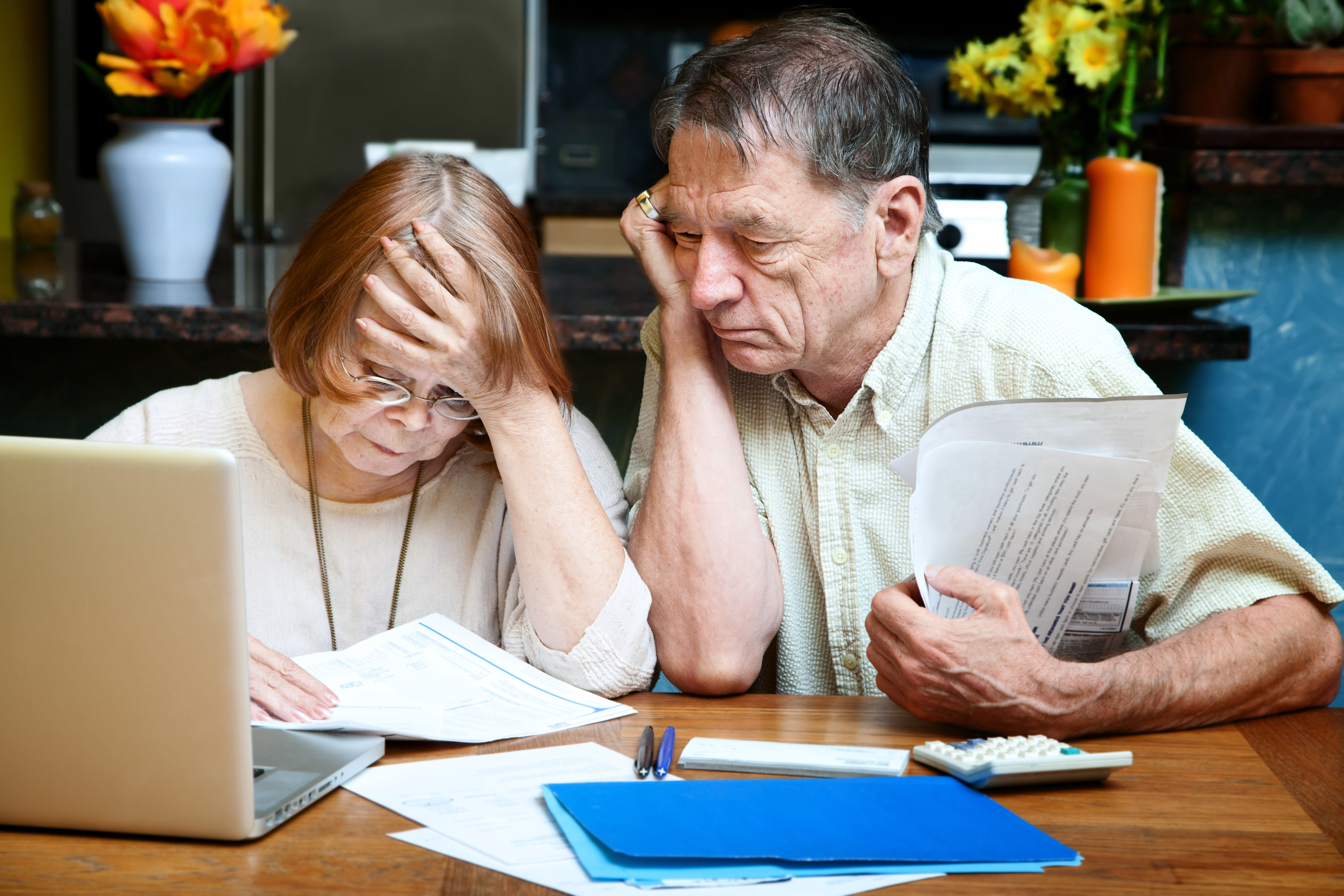 Testimony by Jennifer Allmon - June 1, 2014
Data recently released by the State of Texas confirms the long-held concern of the Texas Bishops about the usurious rates charged by payday and auto-title lenders.  Highlights of this data indicate that the completely unregulated fees charged by these companies continue to rise as lenders profit on the backs of struggling Texas families.

While this data captures a glimpse into the increasing cycle of debt that Texas consumers face, it fails to show a true picture of these defective products. In fact, it fails to answer the most fundamental question, “How many Texans are using these loans?” Unfortunately, the state reports are based on lender self report, leading to dubious accuracy of data about the organization and location of lenders, their structuring of loans and fees, and their compliance with what modest regulations are currently in law.  Requests by other advocacy groups to see OCCC data have run into obstacles and bureaucratic delays that impede the public’s capacity to determine appropriate reporting compliance.

After testifying last year that she had low confidence in the data, Consumer Credit Commissioner Leslie Pettijohn reports that she now believes the accuracy has improved. However, given the unclear aggregation and poor transparency of the data, there is no ability for public verification of the data’s accuracy.  The most significant gaps in the data are in the accuracy of the refinance data.  For example, refinance data is only for loans at the same storefront, failing to account for the reality that many consumers turn to other storefronts to retire loans. Furthermore, the ranges of refinance data are overly broad making it impossible to truly calculate a refinance rate given that data is reported in ranges between two and four times or between seven and ten times. The average is very different if most of the loans in one range are at the top or bottom of the range. Also, 21% of the loan transactions are noted as transactions, but their status as paid off or refinanced is not accounted for in the annual report. Assuming that all of these transactions are refinances rather than new loans, which is why they have not been paid in full this year, the already alarming rate of refinance of 56% would increase to 65%. The worst case scenario within the ranges provided would indicate that among refinances, 72% of consumers are refinancing a single payment loan more than 4 times. Given the lack of a clear definition of refinances that includes new loans within 7-14 days, we continue to have serious questions of the credibility and usefulness of this data as a tool in policy making.

There are clear inconsistencies in the same data as displayed in different reports and several important data points are missing.  For example, the data gathered by the quarterly reports and annual reports are not consistently displayed such that data from the quarterly reports can be compared to annual data to ensure accuracy and consistency.  Refinances are only reported in the quarter that the loan originated, which leaves gaps data for refinances that occur in subsequent quarters. Repossessions are only gathered in quarterly data and not in annual data.  Fee data is collected but interest data is not, leaving an incomplete picture of the true costs of the loans.  No default data is reported, making it very difficult to assess the default rates on the loans. Overall, as reported to the public, this data set is haphazardly structured, masking the impact that CABs are having on individuals and communities across the state.

Over the past several months, the Texas Catholic Conference has led a “roadshow” of other consumer advocates across the state to listen to consumers, charitable organizations, and community leaders describe their experiences with the payday and auto title lenders in their communities.  Unfortunately, we have heard countless stories, repeated in towns and cities across the state, that indicate that these lenders may be skirting even the most modest form of reporting and appropriate practice.

For example, payday and auto-title lenders are required to report vehicle repossessions.  Yet, a non-profit client reported to her case manager that in her case, a storefront in Fort Worth did not follow repossession procedures, but merely towed her car to a retail parking lot and called her to demand payment in return for directions to the car’s location.  Would this scenario trigger a reported repossession? Is this just one storefront acting outside of the proper repossession practices or does this practice exist across this company? In our view, this example calls in to question the usefulness of the reporting data.

We strongly urge the OCCC to not only prioritize documenting the accuracy of the data, but to making it sufficiently available for review and analysis.  We question how it is possible to for it to provide any consistent basis for policy decisions given such inaccuracy.

In addition to data accuracy, we continue to hear about new products offered by these credit access businesses that raise serious questions regarding whether they are truly operating under what the industry's representatives have proclaimed as best practices.  Many of these products are completely unregulated and in our view, perpetuate usurious practices.  Clearly, it is within the statutory authority of the OCCC to at minimum monitor and ensure compliance with state law.  How is the OCCC staff addressing these evolving practices in order to advocate on behalf of Texas consumers?

For example, a case manager in Houston explained that her clients are given only the option of a pre-paid debit card in lieu of cash at the CAB.  In addition to the interest fee charged, and the standard $25 fee per $100 borrowed, additional fees are assessed for each charge she makes using the card, for inactivity, even for checking card balances.  By using this “skimming” practice, clients are charged twice because they are still required to pay back the full loan amount, even if 25% of the total loan amount is deducted from the card by card fees that go above the loan access fees. Our listening sessions around the state have only confirmed our conviction that greater statewide regulation of CABs is needed and that current data reporting mechanisms must be improved if we have any hope of relying on the industry’s self-reported data as a basis for sound public policy decisions. 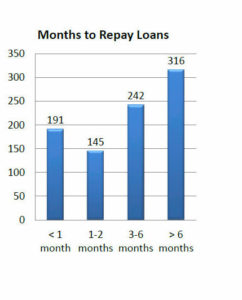 Non-profit agencies including Catholic Charities, Goodwill, YWCA, Neighborhood Centers, and local assistance ministries surveyed clients throughout the state from April 15, 2012 to Dec. 15, 2012 regarding their use of payday and auto title loans

2010 Catholic Charities Survey on Payday and Auto Title Loan Use

Analysis of the surveys found that 353 clients or 18.6 percent of the respondents had used payday or auto title loans at some point. This rate is consistent when the Catholic Charities and PATH samples are separated. Of the 353 respondents who have used alternative lenders, 343 gave relatively complete answers to the remainder of the questionnaire.  The proportions below are based on those responses.

The survey asked several questions dealing with the ability to pay off loans. We found:

The survey also included questions about perceptions of financial stress stemming from payday or auto title loan payments and the use of public benefits and nonprofit charity.

The survey responses show that the majority of clients who had used payday or auto title loans experienced a hard time paying them back. Moreover, these loans may correlate with other financial stresses, as many believed that payments made it hard to cover other bills.