Building a culture of life: Ending the death penalty

In its fall 2016 term, the U.S. Supreme Court evaluated the constitutionality of Texas death penalty practices. In the Buck v. Stephens case, the Supreme Court addressed the dramatic racial bias in the Texas justice system, and the role that racial identity plays in defendants being considered "dangers to society." In the Moore v. Texas case, the Court addressed Texas’s unscientific standards for determining whether a person is intellectually disabled and therefore exempt from execution. Texas’ “Briseño factors” assessed intellectual disabilities based on the fictional character of Lennie Smalls from Steinbeck’s novel, Of Mice and Men. The Court ruled that the state of Texas must use current medical standards in making these determinations.

In many states, governors have brought about a de facto death penalty abolition during their term by imposing a moratorium on executions. Texas’s Constitution forbids this practice. An amendment would need to be passed to overturn this restriction. 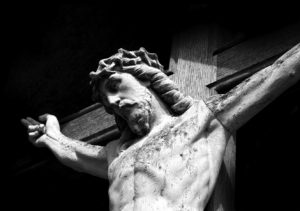 Capital Punishment: The death penalty does not fulfill justice (Texas bishops' statement, available as a bulletin insert in English and Español)