Facts on the death penalty 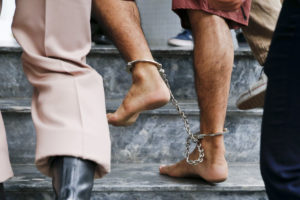 What are the economic impacts of the death penalty in Texas?

Death penalty trials are vastly more expensive than cases in which prosecutors seek life without parole.  Some death penalty cases have forced counties to raise taxes or withhold employee raises. Each death penalty case in Texas costs taxpayers about $2.3 million. That is about three times the cost of imprisoning someone in a single cell at the highest security level for 40 years. ("Executions Cost Texas Millions," Dallas Morning News, March 8, 1992). County estimates in Texas indicate that the death penalty system is much more expensive than sentencing inmates to life imprisonment. Gray County spent nearly $1 million seeking the death penalty against Levi King, even though he pleaded guilty to murder.  Moreover, these costs do not include the cost of appeals, which will further increase the cost of the capital case, nor the costs of cases in which the death penalty is sought but not given.

By comparison, a non-death penalty murder case in nearby Lubbock County typically costs  about $3,000, court officials estimate.  The average cost to house an inmate in Texas prisons is $47.50 per day, according to Michelle Lyons, spokeswoman for the Texas Department of Criminal Justice.  Thus it would cost about $17,340 to house an inmate for a year and $693,500 for 40 years, far less than even part of the death penalty costs.  The regional public defender's office estimates that just the legal costs for a death penalty case from indictment to execution are $1.2 million.  Lubbock County Criminal District Attorney Matt Powell said, “I don’t dispute that it’s more expensive,” but said he never takes cost into account when deciding whether to seek the death penalty.

What is the history of the death penalty in Texas?

Prior to statehood in 1845, Texas executed 8 persons; all were by hanging. When it became a state, hanging was the method used for almost all executions until 1924. The only other method used at the time was execution by firing squad, which was used for three Confederate deserters during the Civil War, as well as a man convicted of attempted rape in 1863. Texas changed its execution laws in 1923, requiring the executions be carried out on the electric chair. Five executions were the most carried out on a single day in the state, but Texas would conduct multiple executions on a single day on several other occasions up until 1951. Since then, the state has not executed more than one person on a single day, though there is no law prohibiting this. For more information on history, visit: The Texas Dept. of Criminal Justice

Exonerations are when people are released from death row due to evidence of their wrongful conviction. Twelve people have been exonerated in Texas. The cases of Cameron Todd Willingham, Claude Jones, Gary Graham, and Ruben Cantu also have raised serious questions about the risk of wrongful executions in Texas. Out of the 1070 people sentenced to death in Texas since the reinstatement of the death penalty in 1974, 243 have been removed from death row. This is over 22% of cases that have been reviewed and for various reasons, the sentence of death was determined to be inappropriate.

Are there rare cases when the death penalty should be applied?

Does life in prison without parole really work? Are those convicted sometimes released?

Life in prison without parole means that the convicted person is not eligible for parole and cannot be released.

Now that DNA is available isn’t it unlikely innocent people are sentenced to death?
DNA evidence only exists in about 5-10% of criminal cases (10-15% of death penalty cases). Where it is available, it is still subject to contamination and human error. The risk of an erroneous conviction is still significant.

Is Texas responsible for many death penalty cases?
County data shows more than half of all Texas counties have not sent a single person to death row (136 of the 254 counties). For example; the death penalty trials for the murder of James Byrd Jr. has strained Jasper county's $10 million annual budget, forcing a 6.7% increase in property taxes over two years to pay for the trial. County auditor Jonetta Nash said only a massive flood that wiped out roads and bridges in the late 1970s came close to the fiscal impact of the trial.

Other Sources and Resources

US Conference of Catholic Bishops