As we begin a week of Prayer to End Human Trafficking, may we be inspired to act in our local communities to support and protect survivors of human trafficking, we pray to the Lord.

Distribute this prayer card dedicated to St. Josephine Bakhita, who was a victim of human trafficking.

Watch this video produced by the Texas Attorney General’s office. How can you “Be the One?” 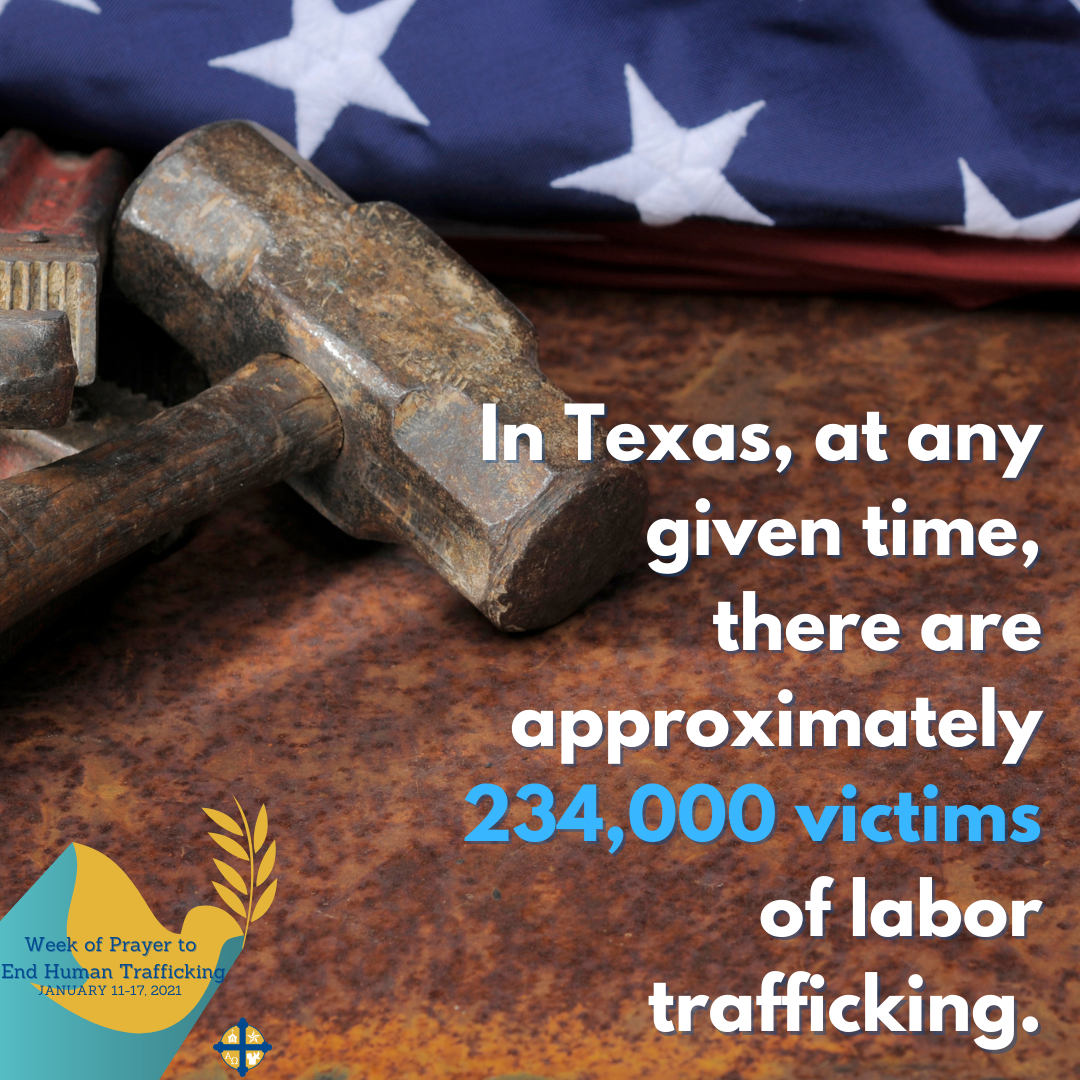 Facebook & Instagram: Human trafficking happens in every community and can involve commercial sex, forced labor or domestic servitude. Watch this video from the Department of Homeland Security to learn more: www.dhs.gov/blue-campaign/videos/general-awareness  #TexasPraystoEndHT

Twitter: Watch this video to learn about how human trafficking occurs in every community: www.dhs.gov/blue-campaign/videos/general-awareness #TexasPraystoEndHT 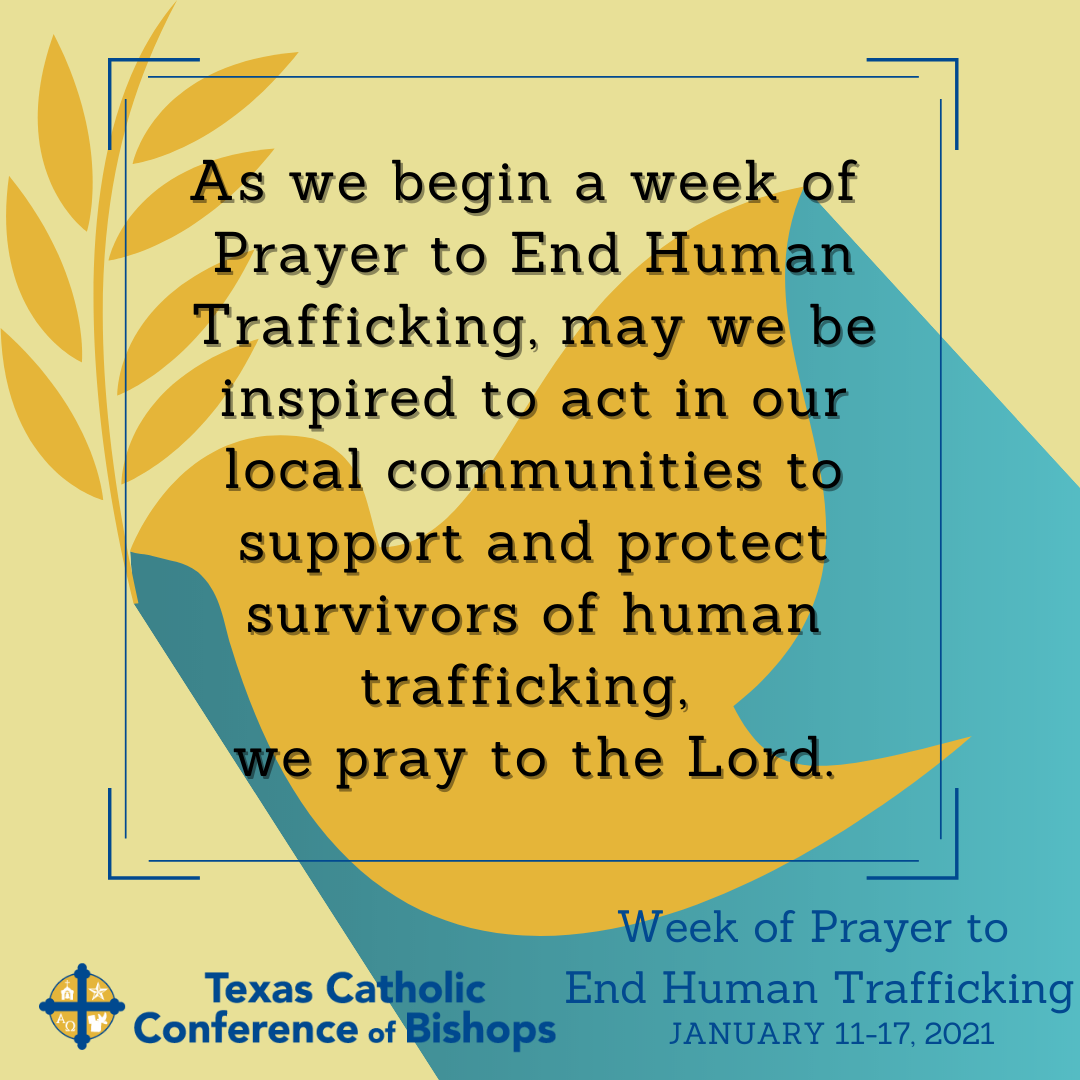 Facebook & Instagram: As Catholics, we believe in the dignity of every human life and vigorously oppose human trafficking and modern-day slavery as it contravenes basic human dignity. Join us in prayer this week to #EndHumanTrafficking. #TexasPraystoEndHT

Twitter: Join us in prayer this week to #EndHumanTrafficking. #TexasPraystoEndHT

← November 2020 Texas Catholic VoiceJan. 12 Pray for prevention efforts and those who are vulnerable →