The bishops seek to promote strong, stable, and healthy families, and oppose direct threats to innocent life, from conception to natural death. Our opposition to hormonal therapies and surgeries that aim at cross-sex transitioning or gender reassignment comes from this concern for the health of children and their families. For these reasons we support SB 164/HB 4014 filed by Sen. Charles Perry and Rep. Cole Hefner. 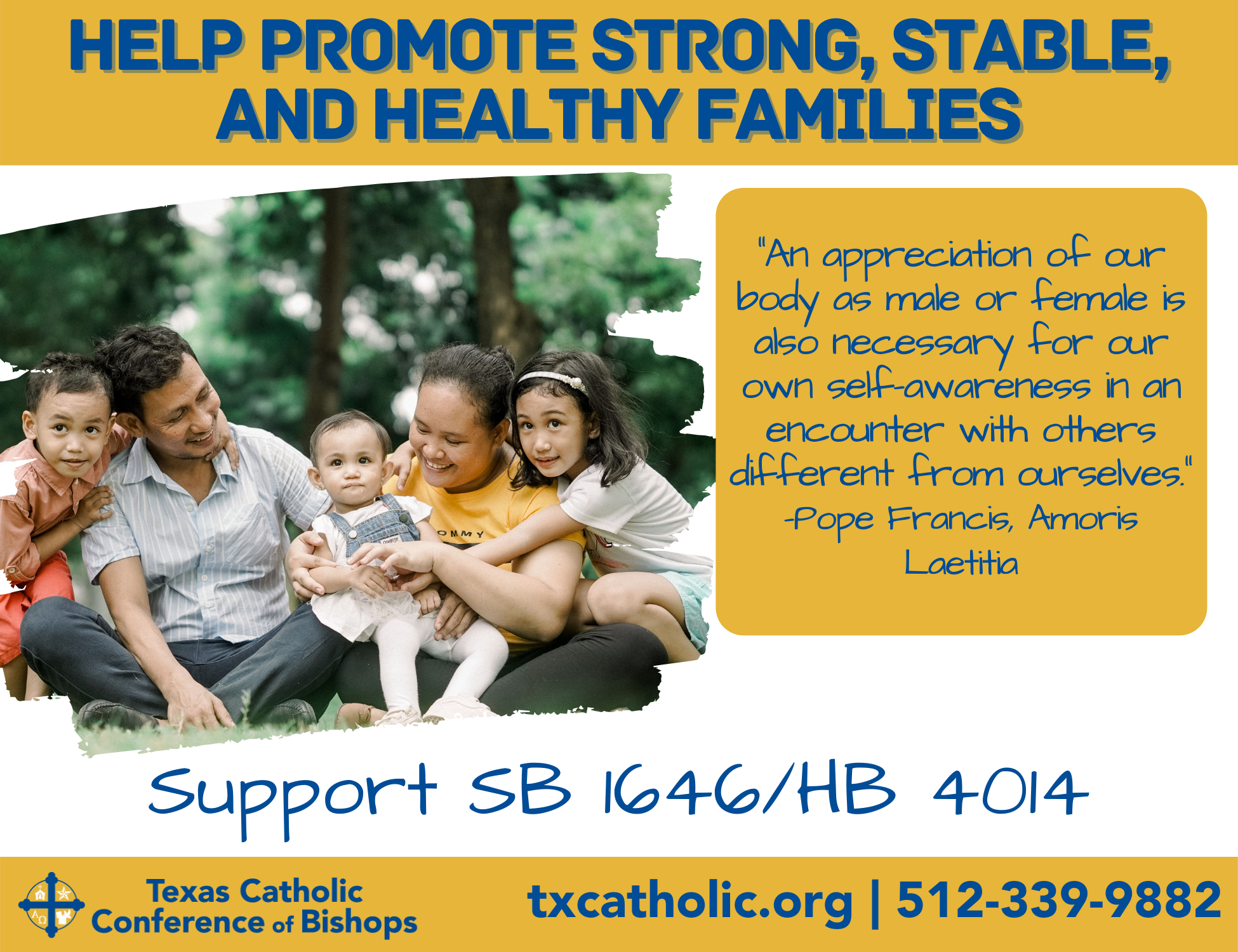 The church cares for those who experience gender dysphoria. They must be accepted with respect, compassion, and sensitivity. Every sign of unjust discrimination toward them should be avoided. This bill protects the most vulnerable in our society: children. SB 1646/HB 4014 would prohibit:

So-called “gender-affirming” therapies do not help children to harmonize such inclinations and attractions within the broader context of integral personal development. The American College of Pediatricians states, when gender dysphoria occurs in a pre-pubertal child, it resolves in 80-95 percent of patients by late adolescence. Medical interventions such as cross-sex hormones, puberty-blockers, and sex reassignment surgeries often are irreversible, interrupt natural bodily developmental processes, and can result in infertility and other serious health risks. They treat the symptoms rather than the underlying cause of such feelings of dissonance between minds and bodies. The Hippocratic Oath principle of “First, do no harm” serves us well in considering this matter.

Pope Francis stated in Amoris Laetitia that young people need to be helped to “accept their own body as it was created” because “thinking that we enjoy absolute power over our own bodies turns, often subtly, into thinking that we enjoy power over creation… An appreciation of our body as male or female is also necessary for our own self-awareness in an encounter with others different from ourselves. In this way we can joyfully accept the specific gifts of another man or woman, the work of God the Creator, and find mutual enrichment.” We urge you to support SB 1646/HB 4014.