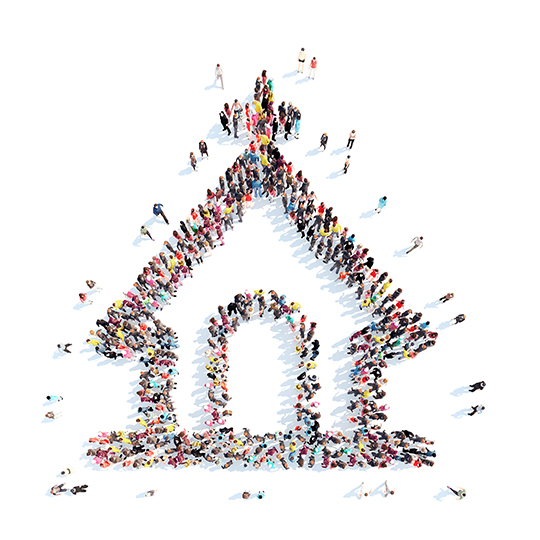 Recently, several single-issue groups in our country have made an effort to advance their political agenda by establishing coalitions with each other. One such example is Indivisible, the founder of which explains his goal as follows:

These coalitions advocate for immigration and criminal justice reform, which are goals shared by the Catholic Church, but unfortunately they also voice support for abortion, by which more than 50,000 unborn Texas children are killed each year. Just as Catholics must not support—in any way—organizations that perform abortions, Catholics should not join pro-abortion coalitions.

Catholics should also beware of those organizations that purport to act on pro-life principles, but which fail to operate charitably or transparently, relying on hardball political tactics that diminish others rather than build up a culture of solidarity and charity.

Our belief in the dignity of the human person and the sanctity of human life leads to a “consistent ethic of life,” or what St. John Paul II called a “culture of life.” This ethic includes all humanity in the search for and fulfillment of integral human development – that is, the development of the whole person -  and realization of fundamental human rights. St. John Paul II wrote in his encyclical, Evangelium Vitae, about the contemporary contradiction between “the solemn affirmation of human rights and their tragic denial in practice.” A mentality pitting the rights of migrants against the rights of unborn children exalts the “isolated individual in an absolute way, and gives no place to solidarity, to openness to others and service to them” (19).

In contrast, a comprehensive understanding of human dignity moves Catholics to show compassion for immigrants, the incarcerated, innocent babies in the womb, the elderly, and everyone in between. A similar belief in each person’s dignity led our nation’s founders to fight for the idea that all people “are endowed by their Creator with certain unalienable rights.”

This defense of unborn life is closely linked to the defense of each and every other human right. It involves the conviction that a human being is always sacred and inviolable, in any situation and at every stage of development. Human beings are ends in themselves and never a means of resolving other problems. Once this conviction disappears, so do solid and lasting foundations for the defense of human rights, which would always be subject to the passing whims of the powers that be. […] It is not “progressive” to try to resolve problems by eliminating a human life (213-214).

There are many excellent organizations throughout Texas which advance a culture of life. In many dioceses, Catholic Charities provides legal services for migrants and material aid to women in a crisis pregnancy. Pregnancy resource centers, supported by Catholics in many ways, offer services to expectant and new mothers and fathers. Catholic clergy and laity serve the incarcerated and minister to families affected by crime.

On a daily basis, Catholics are coming to the aid of the vulnerable and resisting what Pope Francis calls the “throwaway culture,” which tempts us to discard whatever or whoever proves troublesome. We must carry this same tradition into our political advocacy work by maintaining a clear and consistent ethic of life, and rejecting coalitions or political advocacy groups who seek to divide our work of creating a culture of life for the common good.

When it comes to political engagement, Catholics must speak up and remain politically active. We encourage Catholics to engage politically through the Texas Catholic Advocacy Network --  you can sign up at txcatholic.org.  As concerned citizens we must regularly contact lawmakers, whether they agree or disagree with us, and encourage them to build a culture of life. If we remain silent, we surrender influence to organizations and coalitions that endanger the lives of the most vulnerable among us.