Despite the best of intentions and 20 years of reports and attempted fixes, the foster care system in Texas is harming the very children it was established to help.

In December 2015 U.S. District Judge Janis Graham Jack ruled that Texas had violated the 14th Amendment rights of 12,000 children to be free from harm while in state custody. Using harsh words, Judge Jack said the state kept the children in an underfunded and poorly run system. Children are frequently moved from one place to another, and often separated from siblings.

Judge Jack ordered sweeping reforms and appointed two special masters to oversee the reforms. Reforms included increased funding, more agents with lighter case-loads, and, wherever possible, children be kept in family settings with their siblings. Texas bishops urged swift adoption of these reforms as a matter of highest priority, in keeping with our moral obligations to the most vulnerable among us.
Despite state objections to court oversight, several mandated reforms have been implemented.

The bishops want reform to proceed expeditiously. Until the state has demonstrated it is in full compliance, they know continued oversight is needed. Legislation providing measurable, attainable requirements for Child Protective Services or requiring reform to be data and results-driven can assist in providing these vulnerable children the services they need not just to survive, but to thrive and become capable, contributing citizens.

Thousands of young people “age out” of foster care in the United States annually. Children coming out of foster care typically do not have adequate life skills and family support to make their way in the world and are therefore less prepared than most 18-year-olds for independent living.

More than one third of these young people never finish high school and many don’t have jobs. Their rates of arrest, health problems, welfare dependency, and homelessness are far higher than the rest of the population.

The more fortunate find their way to non-profits where they are provided with safe housing, counseling, remedial or continued education, job training, and other support required to adapt to life on their own.

State leadership has recognized a lack of high-quality capacity in the foster care system, particularly for high-needs children. The trauma, mental illness, behavioral health challenges, and medically fragility of these children requires a strong system of care. The House, Senate, and Governor have developed reform plans that depend on the faith-based community for assistance with prevention efforts, foster care, and adoption.

This is an area where cooperation between state authorities and faith based communities can be particularly effective, not only in recruiting foster care families, but in providing those families with support networks.

Faith based communities are particularly well positioned to assist by informing their members of opportunities to become foster families, and to support those families in a wide variety of ways, such as counseling, transportation to and from school and extracurricular activities, babysitting services for parent “date nights,” liaison with birth families, keeping siblings together, financial assistance, and help in the adoption process where it might be appropriate.

The Texas Conference of Catholic Bishops has serious concerns about how some aspects of the reform plan will be implemented, leading to potential unintended consequences related to civil liability and conscience protections, thereby greatly reducing provider capacity.

Our foster care providers have been strong partners in foster care service delivery, parent recruitment, respite care, and support programs. The State of Texas has sovereign immunity from civil liability, but reform efforts which shift decision making to community based providers currently lack a clear safe harbor for private partners. If private agency personnel follow state protocols and standards of care and document these actions, there should be limited liability protection for them if there is a poor outcome despite due diligence by the community provider.

More than 25 percent of the state’s foster care provider network are faith-based. Foster parents and providers who are motivated by their faith should be fully protected as they live their faith daily.

Legislation must ensure that the government cannot discriminate against faith-based adoption and foster care providers in licensing, contracting, or funding, if providers operate based on their religious beliefs. Specifically, to have a robust capacity, Christian providers must have the freedom to limit our placements within the context of traditional marriage and cannot be required to provide access to abortion for children in our care. 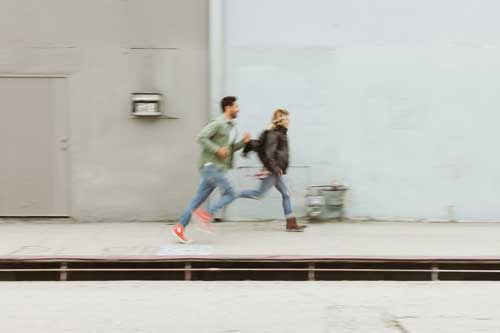